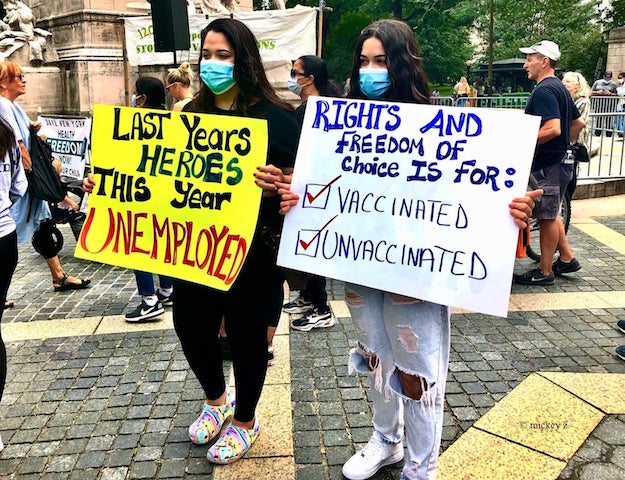 Last month, I stopped by an anti-mandate rally at Columbus Circle/Central Park for a little while. While I was there, a band played mellow music. Much of the crowd was singing along and dancing as I wandered around taking photos and feeling happy to see so many people in attendance — speaking out against repressive and anti-science measures. 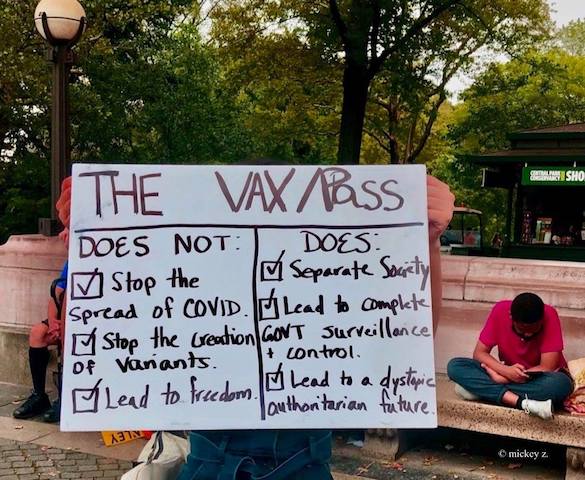 On the fringes of the event, I noticed a man. He appeared to be South Asian and dressed to go running in the park. Perhaps he lives in that swanky neighborhood. This man stood perfectly still in silence. His facial expression was one of contempt as he gazed at the many signs on display.

A teenage boy, maybe 16 or 17, was giving out postcards to promote the next anti-mandate event. He approached the South Asian man and politely reached out to offer him one. The angry man’s face contorted into a mask of disgust as he violently slapped the boy’s hand. Perhaps hundreds of cards scattered onto the asphalt.

Before any of us could do anything, the South Asian man took off running into the park. But, in a flash, about 10 rally-goers and other passersby rushed over to help the teenager pick up the cards. Soon, as they gathered the cards, they were all laughing about the whole thing. 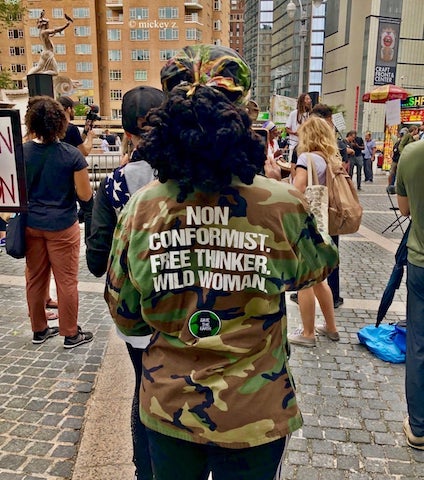 I was very encouraged by how this episode was resolved but I couldn’t help thinking how that angry man was a manifestation of what’s been done to us for 19 months. We’ve been consciously divided by disinformation and fear. Sadly, plenty of folks have willfully embraced this as an opportunity to further close their minds and slip into a place of hate. That day in Central Park, I was grateful to witness a rare exception to this trend.

Until the laws are changed or the power runs out, Mickey Z. can be found here. He is also the founder of Helping Homeless Women - NYC, offering direct relief to women on New York City streets. To help him grow this project, CLICK HERE and donate right now. And please spread the word!